an initiative of  FOCUS ON THE FAMILY CANADA

Living out a miracle 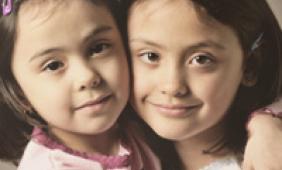 When Rob and Leah Madden* were first posted with the Canadian Forces to the North American Aerospace Defense Command headquarters in Colorado Springs, Colorado, they were in for more than just a new address. Their family was about to embark on a life-changing adventure through adoption.

The Maddens’ adoption story began in the months leading up to a Wait No More adoption conference through Focus on the Family U.S. They had looked into becoming foster parents years earlier, but the timing just didn’t seem right. However, when the Maddens moved to Colorado, one of the first couples they met was adopting a sibling group from foster care. “My interest was piqued right away,” says Leah.

After much prayer, investigating and various nudges from the Lord, the Maddens attended the Wait No More conference. “At that event,” says Leah, “we knew [adoption] was the step we were called to take.” Rob shares, “We felt our hearts pouring out God’s love for ‘fatherless children,’ children who were legally free and looking for a forever family to love them no matter what.”

At the time, the Maddens already had four biological children, ages 18, 17, 15 and 12. Leah says, “Common sense and logic certainly weren’t advocating for us to adopt more children. But after listening to all the information, I remember sitting in our seats as people were leaving and really feeling this sense of calm and peace. I knew that this was what we were to be doing with our lives.”

Following the event, there were a number of information booths set up for families to gather additional materials and to talk with representatives from various adoption agencies. Rob says, “We were immediately drawn to an agency whose name was Maple Star, and whose logo was half maple leaf, half stars and stripes. Being Canadians in the U.S., this was too obvious for us.”

In the following weeks, the Maddens completed the necessary paperwork, then received their initial training alongside other prospective adoptive parents. Next, their background checks for both Canada and the U.S. were completed and they began their home study. “For us, the miracle from God came next,” says Rob.

Just before the Maddens’ final home study visit, Leah received a call at work from their adoption agency. Though the Maddens weren’t supposed to be fully licensed for another two to three weeks, the agency had an emergency placement of four young boys. “Leah called me at work and told me the situation,” says Rob. “Other than tears welling up, a sense of calm came over me and I told her, ‘We cannot say no.’ ”

Though the Maddens knew very little about the four young brothers, they were confident that these boys were meant to be a part of their family. Rob says, “We said yes to the unknown with complete faith in knowing that the children we were being matched with were the children God planned for us to have.”

The next night, the Maddens’ home study was completed and they were licensed around midnight that night. “Less than 24 hours later,” says Rob, “these four precious young boys – ages three, four, six and seven – walked into our home like they were coming home from another day at school.”

Even now, the Maddens are in awe over the divinely orchestrated timing of the whole process. Recognizing that for many – if not most – adoptive families, adoption can be a lengthy process, the Maddens feel deep gratitude for how swiftly God brought their family together. Leah shares, “Over and over again, we were told that this doesn't happen this quickly. We kept saying, ‘Don't say never, because this is God's plan, not ours.’ God was in control of the entire situation, and we felt [Him] more than we had ever felt His presence before.”

The Maddens waited the mandatory six-month observation period, then made it official. “We adopted our boys six months and six days later,” says Rob. “On the Friday before Orphan Sunday, our boys were dedicated at our church, not as orphans but as boys with a forever family.”

Suddenly becoming parents to eight children wasn’t a simple lifestyle change for Rob and Leah, but they feel incredibly blessed by the adoption of their four boys. Rob says, “What seems like a normal pace for us is seen as total chaos and unachievable by others. Do Leah and I get to do many of the things we have dreamed of doing? Not always, but living out a miracle is way better than living out a dream. I am blessed to the end of my days to be the father of my eight children.”

Leah, too, agrees that life with such a full house has its challenges, but there are many blessings as well. “I feel blessed by just listening to the call of God and completely relying on His grace to get us through it all. Honestly, I have my moments, but those moments are what I treasure the most. I feel like I am growing with them, I am blessed with them, I am feeling everything right along with them. It is part of the process of becoming their mom. I also have seen our biological children in ways I never thought possible. The way they have embraced our boys and adjusted to a new family has been nothing short of amazing to me.”

When asked about some of the realities of adopting children from foster care, the Maddens point out that you oftentimes don’t fully know what your children have gone through before being placed in your home. Rob says, “All foster children come with ‘stuff.’ When you are matched with your children, you need to understand as much as you possibly can about their situation, and this might not be much.” Leah makes the important point, “You can't control the past, but you can make a difference for their future. What has happened to them doesn't have to reflect who they will become.”

To couples considering adoption, the Maddens stress the importance of looking to God for direction. Leah says, “Waiting for a perfect child, or a perfect time, or a perfect scenario just won’t happen, but if you rely on God’s timing and what God’s plan is for you, it can't be wrong.”

The Madden family has now returned to Canada, where they continue advocating for adoption. “Adoption is a journey – not for the perfect, but for the willing,” says their 17 year old. “God will guide you and sustain you through all the trials and all the joys. Open your heart to the possibility of changing lives.”

Julie Vaughan was the editorial director at Focus on the Family Canada at the time of publication.

© 2011 Focus on the Family (Canada) Association. All rights reserved.

And whoever welcomes a little child like this in my name welcomes me.

Subscribe to our e-newsletter and get connected to the cause.